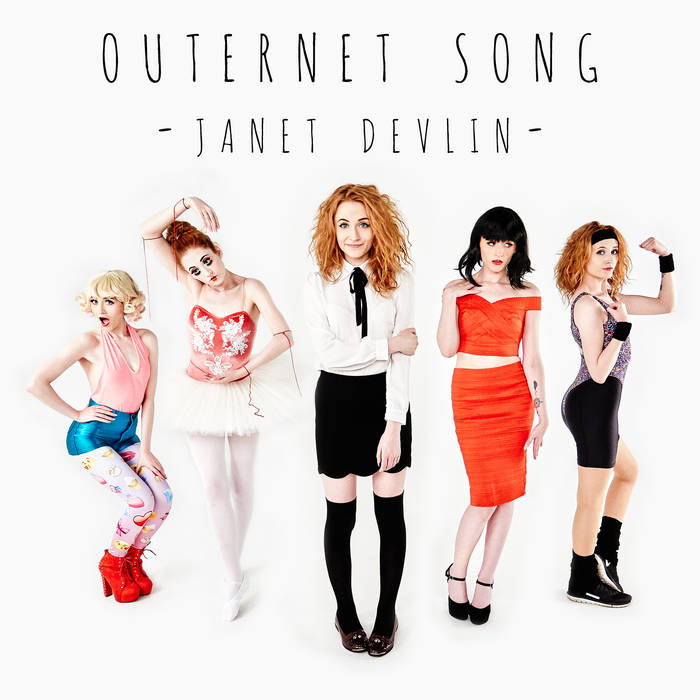 Irish singer-songwriter Janet Devlin builds on the success of her 2015 debut album ‘Running With Scissors’ with the release of her highly anticipated single, entitled ‘Outernet Song.’ The single features Janet’s unique and enchanting vocals, which first caught the public’s eye on Series 8 of The X-Factor UK, her ukulele, and one of the catchiest choruses you’ll hear this year. The instantly memorable Alt-Pop jam has all the makings to become an instant pop radio classic. The single perfectly showcases Janet’s always frank and honest lyrics, dealing with our obsession with the Internet and social media.

In the millennial age of selfies, social media, and WiFi, we are permanently plugged in to a show reel of people’s lives; with this ideal of what “perfect” is consistently shoved in our faces on a daily basis. In ‘Outernet Song,’ Janet sings about how it is important to “press the pause button on the never-ending scroll and go out and do something other than waiting for texts, tweets, shares, emails, or the like.”

Janet began writing ‘Outernet Song’ when she was just 19 years old. She kept the lyrics written down and found herself adding to them at various points over the last few years, with more verses penned in response to some of the criticism she faced in the comments on her Socials. Janet describes her experience, “I received many negative remarks about my appearance, unkind assessments of my talents, and apparently being over the hill at age 20! I soon became pretty desensitized to it all and learnt to ignore them; but not before writing down how I felt to help me process my feelings and move on.”

Janet has released a music video for ‘Outernet Song,’ which was filmed by Silvertip Films and directed by Geoff Cockwill. The video premiered on renowned entertainment website Digital Spy on Monday, October 3rd, and is now available to watch on Janet’s YouTube Channel. youtu.be/bpmnH3aQCYQ