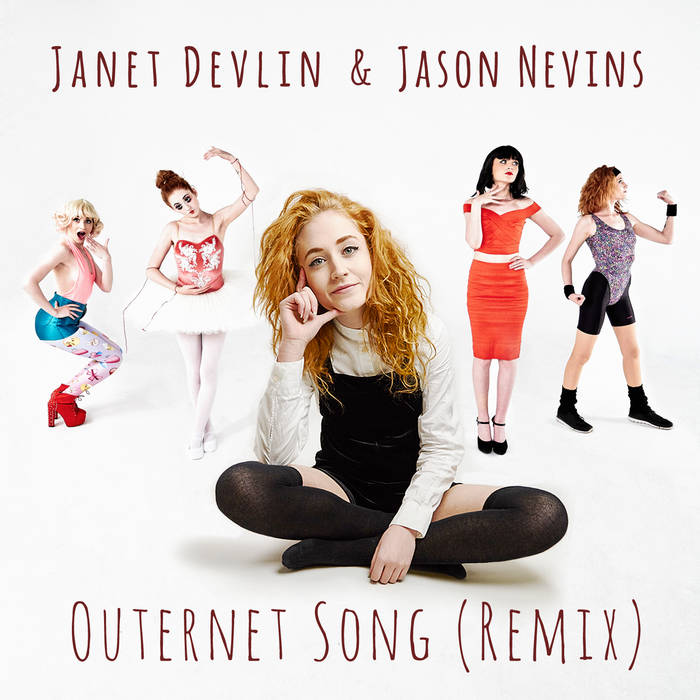 Today, January 20, 2017 marks the official release of "Outernet Song (Remix)" from Irish singer-songwriter Janet Devlin and multi-platinum producer Jason Nevins. The songstress teamed up with Jason Nevins, who has worked with legendary artists such as RUN D.M.C., Duran Duran, and Florida Georgia Line and Nelly, to create a new interpretation of her ukulele-infused alt-pop single "Outernet Song." Covering our obsession with the Internet and social media, "Outernet Song (Remix)" transforms Janet's honest and frank lyricism into a tropical pop radio hit.

Last month, "Outernet Song (Remix)" premiered on renowned music discovery website, Idolator. When speaking with Idolator about the collaboration with Jason Nevins, Devlin stated, "I never thought that a song I started writing as a teenage rant would end up being recorded and released, let alone remixed, by Jason Nevins. I had the privilege of meeting him on a recent trip to the States. I had to pinch myself when he told me he was a fan of the song and wanted to remix it. How can I say no to that? I'm so excited for people to hear 'Outernet Song' in a totally different musical context." Shortly after its premiere, the remix charted on Hype Machine's Most Popular on Twitter Chart.

In the millennial age of selfies, social media, and WiFi, we are permanently plugged in to a show reel of people's lives; with this ideal of what "perfect" is consistently shoved in our faces on a daily basis. In 'Outernet Song,' Janet sings about how it is important to "press the pause button on the never-ending scroll and go out and do something other than waiting for texts, tweets, shares, emails, or the like."