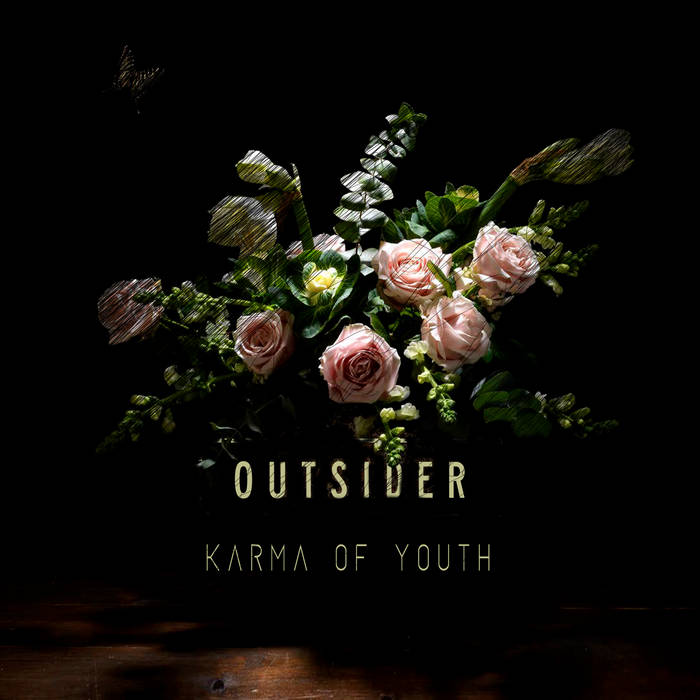 “Karma of Youth” leads you through this spiritual journey with textures and rhythms reminiscent of the darker reaches of alternative rock and pop, alongside atmospheric synths that are a clear nod to the likes of Depeche Mode. “Saviour”, Outsider’s lead single from “Karma of Youth” is a post-punk anthem that opens the album with an epic and expansive soaring chorus. "Míol Mór Mara" percolates with an anticipated urgency that bottles a propulsive forward beat that reads like Springsteen as fed through an Arcade Fire grinder. The undeniably catchy "Revelation Night Drive" pops with New Wave giddiness and a nervous build that recalls the great radio hits of the early 80s but with a decidedly '20s spin.  It's this masterful combination of head and heart-- and dance shoes-- that propels Outsider far beyond mindless pop without thumbing its nose at it.

Mastered by GRAMMY® award-winning Greg Calbi (The National, War On Drugs, Arcade Fire), Karma of Youth is a metaphysical roadmap for a lost soul. Documenting the experience of his rare spiritual “Kundalini Awakening”, it aligns itself to the same values that Buddhism, Hinduism, Freemasonry, Hermeticisim, and most ancient cultures hold. It is a deep purification process in which one emerges stronger and more level-headed than ever before, reaching the highest state of nirvana.